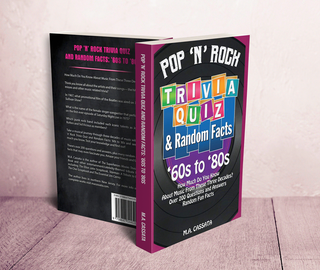 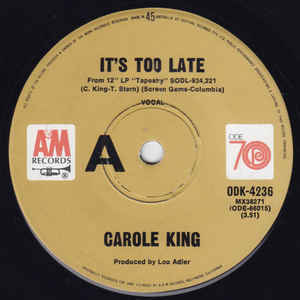 "Joy to the World" — Three Dog Night
"Maggie May/Reason To Believe" — Rod Stewart
"One Bad Apple" — The Osmonds
"How Can You Mend a Broken Heart?" — BeeGees
"It's Too Late/I Feel The Earth Move" — Carole King
"Go Away Little Girl" — Donny Osmond
"Indian Reservation (The Lament of the Cherokeee Reservation Indian)" — Paul Revere and the Raiders 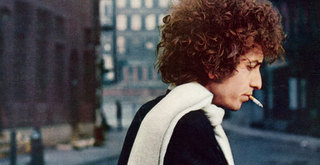 In an internet poll for this book, hundreds of music lovers were asked to name their favorite pop stars from the '60s. It was tough to narrow it down to just ten. Top picks are not in any particular order. 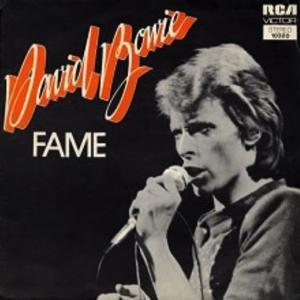 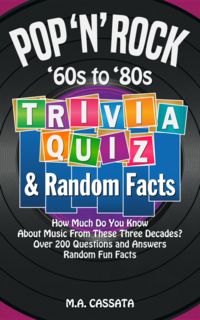 Are You a Pop 'n' Rock Music Trivia Lover?

I wrote this book to bring enjoyment to people who love music trivia. Here are more than 200 questions about the '60s to '80s pop and rock music genres.Wow your family and  friends with your vast knowledge of these three unforgettable decades of music.

Plus you'll learn a few random music facts I hope you will find interesting.

Did you know that in their 10-year career, the Beatles became the best-selling band of all time, with more than 600 million records sold worldwide? Or who are the top pop stars of the '60s and the Top 10 British Invasion acts of 1964?

I hope you have as much fun testing your trivia knowledge as I did writing, researching and compiling these questions/answers and random facts.

2. She sang the theme to the Saturday morning show
Pee-wee's Playhouse.

3. What year did the Beatles break up?

5. What was the original name of the '70s band Supertramp?

6. What was Little Richard's name at birth?

7. Who was the lead vocalist of the Runaways?

8. What popular sibling music duo broke up while on tour with
Simon and Garfunkel?

9.  Superstar Cher had a disability in her youth. What was it?

10. What town in Upstate New York did Woodstock take place?

5. Before renaming themselves Supertramp in the early '70s, they
were called Daddy. 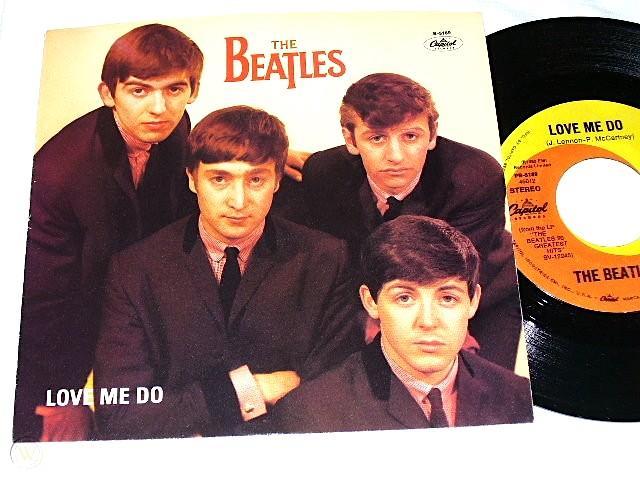 Random Fact:
The Beatles Are Still the Best-Selling Band of All Time

Over their 10-year career, the Beatles became the top-selling band of all time, with more than 600 million records sold worldwide. They also hold the record for the most #1 hits on the Billboard Hot 100 all-time chart, including "Love Me Do," and "I Want to Hold Your Hand." John, Paul, George

and Ringo were the first to lead the British Invasion where Beatlemania was born. Following the 1970 breakup of the band, the guys went on to notable solo careers. Sir Paul McCartney and Ringo Starr continue to record and perform today.

How Much Do You Know About Classic TV Shows From These Three Decades?

Do you know what is Radar O' Reilly's real first name or the Top Five longest-running TV shows of all time?

How about the Top 10 TV shows from 1965 or the name of the disembodied hand that delighted viewers on The Addams Family?

Take a sentimental journey through these three decades of television with Timeless TV Trivia Quiz and Random Facts: '60s to '80s and see how much you know. Test your knowledge and find out!

There's over 200 questions and answers, plus many random timeless TV show facts that may even fascinate you.

The Superheroes Movies Trivia Quiz Book: Unofficial and Unauthorized
Are you the ultimate superhero movie fan? If so, you will enjoy this entertaining and equally as challenging 160 question quiz pop culture book. Test your knowledge on Batman, Superman, Spider-Man, Iron Man, Thor, Captain America and many more big screen superheroes. There’s also a few of your favorite villains tossed in for good measure.
Essential Cher